Lightning fast fibre internet to Durban and Surrounding areas. We are lighting up homes and business with fibre from Ballito to Illovo beach. 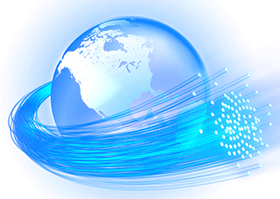 The strategy: Suburbs will be placed on a deployment schedule once its residents have expressed a minimum interest in fibre internet of around 350 in the online poll. The strategy not only provides us with a lead-generating system but also helps market the company and product. The online survey gives ECF tremendous negotiating power with resident associations within suburbs, as any association wanting to be seen as representing its residents will have no choice but to pursue fibre.

Geographically strategic in our market approach, we favour a strategy of contiguous fibre roll-out to the more dense suburbs. This strategy makes more sense, as deploying networks next to each other significantly reduces installation costs.

Increased consumer and small-business demand for fibre technology is mainly the result of the technology being more affordable and the dramatic drop in data costs.

Further, the increasing number of independent fibre-optic companies entering the local market has not only highlighted the possibilities of the technology but also contributed to lowering costs and making the technology commercially more viable for consumers and small businesses. 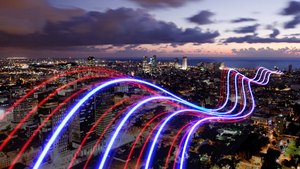 Fibre Internet demand is most prevalent among middle- to upper-income earners, owing to the ability of the technology to take advantage of services such as Voice over IP (VoIP) as well as Video on Demand (VOD), that require high- quality high-speed bandwidth. It is, thus, no coincidence that the emergence of VOD companies in South Africa, such as South Africa-based multinational media and Internet company Naspers’ ShowMaX  and internet streaming server, Netflix, occurred at the same time as the increase in the fibre-optic service roll-out: These companies can see the fibre future in South Africa, which makes it viable to provide VOD. The emergence of ShowMax came on the back of increased FTTC roll-out, while Netflix’s arrival in South Africa had prompted Naspers to offer its own VOD service to remain competitive. Netflix was launched in South Africa this year.

The improved bandwidth capabilities of fibre-optic technology will also improve video-conferencing capabilities, which will have a significant impact on consumers and small businesses that want to connect with people worldwide using high- quality video-streaming services.

The Fibre To The Home (FTTH) more simply put is a form of fibre that reaches your home or living space. Providing you with lightning speed internet to do your favourite things like gaming, browsing or streaming TV but without the lag of ADSL.

Use any of the various streaming services like Showmax or Netflix and stream thousands of the latest series and movies to your Smart TV without having to buffer every 10 seconds. No Smart TV? We can provide you with an Android box which allows you to use your TV like a Smart TV. 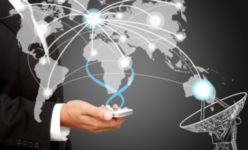 FTTB (Fibre To The Business) is a similar service as the FTTH with the main difference being that you have a higher priority and a lower contention ratio as well as 5 IP addresses which we will provide you with. This product is only available to businesses.